At a meeting on 16 June, EU employment and social affairs ministers presented their national targets to deliver on the European Pillar of Social Rights Action Plan by 2030. The European Commission appreciates the Member States’ dedication to making Europe fair, inclusive and full of opportunities. Through these national commitments, the Member States are supporting the efforts to reach the three EU headline targets for employment, skills, and poverty reduction.

The European Pillar of Social Rights Action Plan details the EU’s goals for a strong social Europe that focuses on jobs, skills, and social inclusion, which is separated into three EU-level targets to be achieved by 2030:

The national targets from the Member States submitted proposals will contribute to the shared goal of reaching the EU headline targets by 2030, in the areas of employment, skills, and poverty reduction. Specifically, the target on adult learning and digital skills suggested by the Member States, almost reach the EU headline target. The national commitments combined total to 57.6% of adult learning participation, reaching the majority of the EU’s 2030 target of 60%.

The next steps for the national commitments will include the Commission monitoring their implementation in the context of the 2023 Cycle of the European Semester, the EU’s coordination framework for economic and employment policies.

Find out more about the national targets’ state of play here!

Call for observers to the ESCO Member States Working Group 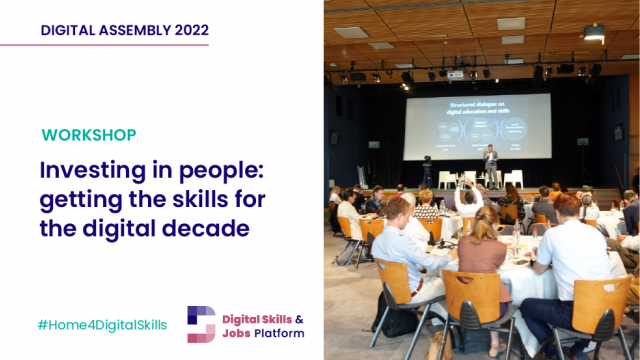